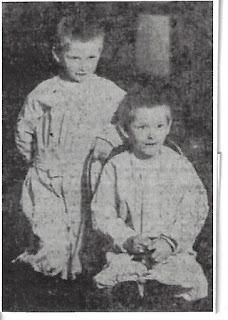 [Thanks to Dick Eastman for pointing us to this article.] 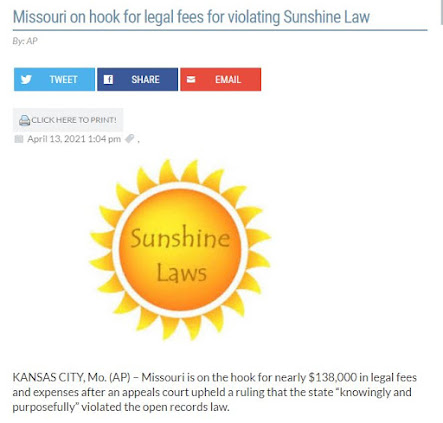 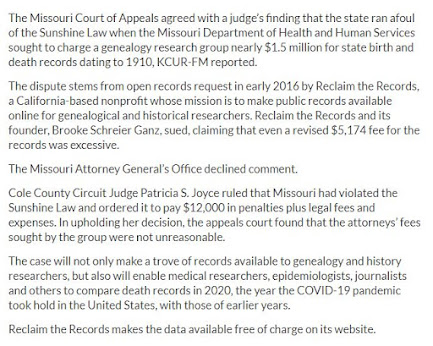 Virtual Events Can Be Attended From All Over

The past virtual conferences were very successful and had great attendance.

Speakers will be talking about the following:

Research Over My Shoulder: A Practical Guide to Researching Your Ancestors (Devon Noel Lee) How To Effectively Research Newspapers For Your Ancestors (Lisa Lisson) How to Research German Ancestors from the US to their Hometown (Miles Meyer) Dissecting a Civil War Pension Record-Union & Confederate (Jill Morelli)

The online sessions will begin at 10am Eastern Time on Saturday, 5th June 2021. Some answers to common questions that people have asked us:

1. Yes, the sessions are live. These are not pre-recorded, so if you have questions, then please ask them in the chat during any of the sessions and we'll get them answered.

2. Yes there are door prizes.

3. No, you don't have to be watching the live presentations to win (although we hope you do), everyone who is registered will be eligible to win the door prizes.

4. Yes, recordings of the sessions will be available for 30 days after the virtual conference so even if you can't make the live session, register so that you can watch the recordings.

5. Yes we use our webcams. You don't have to watch slides all the time. You also get to see people.

6. Yes, this event is open to anyone who wants to register.  No need to travel or even change out of your pajamas if you don't want to.

As with past events there will be a 5th hour panel discussion where you can ask questions about any of the topics or even anything else related to genealogy and research.       Early bird registration is only $19.99 until May 22nd. The regular registration price is $24.99. Learn more at the website (https://www.familyhistoryfanatics.com/researchconference) and register today.

(Thanks to IGS Corresponding Secretary Janet Mobley for this item.)

Posted by Ron Darrah at 3:51 PM No comments:

Two years ago IGS loaned out one of our large scanner/laptop units to the 122nd Fighter Wing retirees to scan their old records and artifacts. We just received the following update on that project--

Hi Ron and Curt,  The Air National Guard project is coming along nicely.  So far we've digitized about 23,000 images. It's been a stop and start kind of project since the pandemic hit, but I took boxes and boxes of negatives home with me before everything closed down in March 2020, so as time has allowed I've been busy scanning and digitizing the pictures and records.

Hopefully once we get all of our volunteers back at The Genealogy Center we will wrap up the project sometime here in the next year. I attached a short article from the Journal Gazette that ran the other month. Thanks for asking!  Michael Vorndran 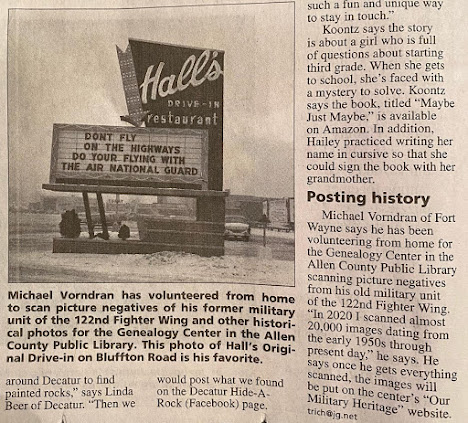 This group transcription project of the Indiana State Archives is moving along nicely. If you are interested in participating, go to FromThePage.com and sign up. Should be a major resource for Indiana researchers. 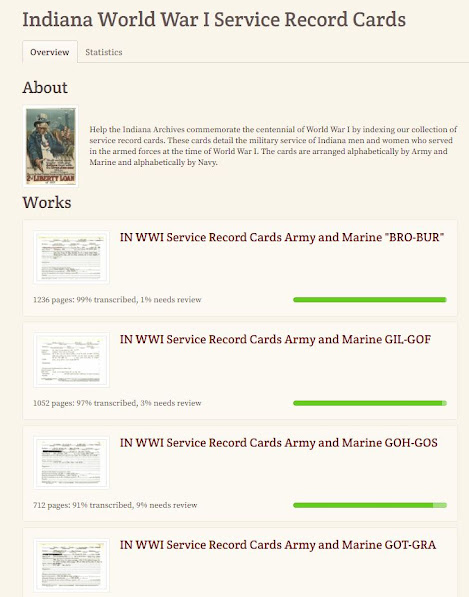 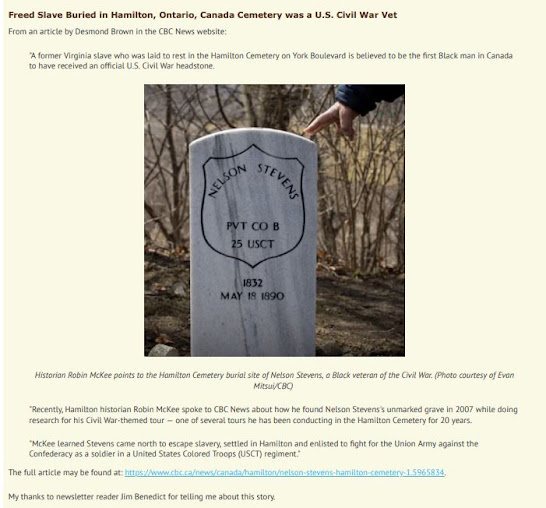 [Thanks to Dick Eastman for this article.]
Posted by Ron Darrah at 1:20 PM No comments:

He lived In Mississippi and Texas after the war. He died in Jones County, Texas, and is buried at Fort Phantom Hill. His monument lists his initials and last name and is marked that he was a Civil War veteran. Family oral tradition was that he was underage, lied about his age, and was a substitute for another man.

I have not been able to confirm that he was a substitute. Several rosters also have an incorrect spelling showing Newbell instead of Newbill.

Anyone researching the Joseph Frank Newbill family, or Company D, 13th Indiana Cavalry, I would welcome contact, to share what little information that I have.

Posted by Ron Darrah at 2:42 PM No comments:

How to Google for Primary Sources: Teaching users/students

to find and evaluate archives remotely.

Don’t just give the same old demos on your repository’s discovery tools or digital collections. Instead, think beyond your own archive and learn to expertly teach your key audiences to find and evaluate primary sources on the open web! All they’ll need is an internet connection.

Teach researchers to identify useful and credible materials on any topic (even ones you are not familiar with!). You’ll leave better able to frame primary sources on the internet, and more confident in designing and leading hands-on activities over Zoom.

Robin M. Katz is a librarian, archivist, and educator who works to connect people to primary sources in meaningful and innovative ways. She is currently the Primary Source Literacy Teaching Librarian at the University of California, Riverside, a position she crafted after serving on the joint task force that authored the new Primary Source Literacy Guidelines. She co-created TeachArchives.org based on a groundbreaking US Department of Education grant she led at Brooklyn Historical Society. She has spent over a decade in museums, academic libraries, and special collections after receiving her MLIS from Kent State University and her BA from Brandeis University.

Posted by Ron Darrah at 4:14 PM No comments:

A note mentions there are 187,000 files now, but just the counties listed. 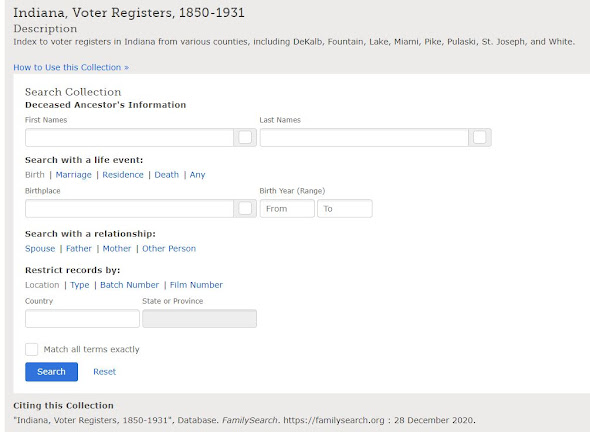 Posted by Ron Darrah at 5:12 PM No comments: