AKERS--Looking for information on George Akers (born 1791) and wife Nancy (born 1792) who had children:

The only George Akers who's in Indiana for the 1830 census is in Silver Creek Township, Clark County, Indiana.

If you can help with this family, please contact Melanie Adams (bobnmel@air-internet.com) directly.
Posted by Indiana Genealogical Society queries editor at 7:22 PM No comments: 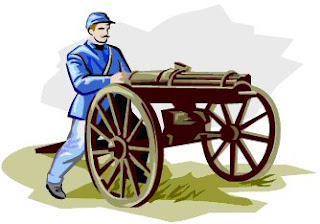 The Indiana Genealogical Society has just published indexes to the 1890 soldiers enrollment lists for Cass County, Owen County, Parke County and Perry County, Indiana. The lists enumerated the veterans of all past wars who were living in various Indiana counties in 1890 (or information on their widows and children). The indexes contain detailed information from the lists and are in Adobe Acrobat format on CD-ROM. For more information (including a sample page), see http://www.indgensoc.org/shop.html
Posted by Indiana Genealogical Society website manager at 5:15 PM No comments:

ENLOW/INLOW—Looking for information on the ancestors of Herbert H. ENLOW (born about 1901 in Indiana; son of Jonas G. Enlow and Carrie GRANT). He married Bertie E. Odie WATTS (born about 1901 in Illinois) in about 1921 and they lived in Whiskey Run Township, Crawford County, Indiana in the 1930 census. Herbert and Bertie had children:

Herbert left Bertie when the children were small and remarried.

Jonas Enlow was found in Ohio Township, Crawford County, Indiana for the 1880, 1900 and 1910 censuses; by the 1930 census, he had moved to Milltown, Harrison County, Indiana. He was the son of Nancy ?? (born about 1856 in Illinois; stepdaughter of Jonas GREEN who was born April 1829 in Indiana). Nancy married a Mr. INLOW (who died before the 1880 census) and they had children:

An Enlow researcher has published a book that says that Jonas G. Enlow's mother was named Elvira THOMPSON and that she married to a Henry Enlow (born 1835 in Knox County, Indiana; died 1877 in Kansas) and that this Henry Enlow may have had a brother named Joe or Joseph Enlow. HAINES, GREEN and BELL appear to be family names associated with this family.

Any help on this family would be appreciated.

The Northwest Territory Genealogical Society and the Knox County Public Library are co-sponsoring a Genealogy Seminar on Saturday, April 21, 2007. The seminar will take place at the Vincennes Fortnightly Clubhouse, 421 N. 6th St. in Vincennes, Indiana. Registration begins at 8:45 am, with the first session getting underway at 9:30 am (all times are Central Time Zone).

Several area societies will have their genealogy and local history books for sale.

The cost of the workshop is $15 for pre-registration and $20 at the door. This fee includes a light lunch. Registrations should be mailed to Northwest Territory Genealogical Society, c/o Knox County Public Library, 502 N. 7th St., Vincennes IN 47591. For more information, contact Brian Spangle at bspangle@kcpl.lib.in.us
Posted by Deborah Gentit, IGS Newsletter editor at 5:00 PM No comments:

If you haven't made your hotel reservations yet for the 2007 Indiana Genealogical Society conference (which will be Saturday, April 28 at the Allen County Public Library in Fort Wayne--see http://www.indgensoc.org/conference.html for more info), you might want to consider the Hilton Fort Wayne at the Grand Wayne Center (1020 S. Calhoun St., Ft. Wayne IN 46802; http://www.ftwayne.hilton.com). They are offering a block of rooms at $89 per night (+ tax).

To receive this special rate, you must make your reservation directly with the hotel (call 260-420-1100). Make sure to mention the IGS conference. Note: Any cancellations must be made 72 hours before your scheduled arrival.
Posted by Indiana Genealogical Society website manager at 4:53 PM No comments: