The Indiana Genealogical Society is happy to announce two speakers for its 2016 conference, being held Saturday, 16 April in Fort Wayne. 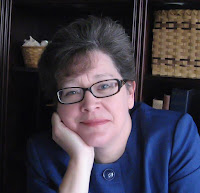 Jeanne Larzalere Bloom, CG is a professional researcher who helps the U.S. Army identify next-of-kin for missing soldiers from World War II on. Her topics will be:

Jen Baldwin is the Outreach Manager US/Canada for Findmypast. Her topics will be:

Baldwin's sessions are being sponsored by the Allen County Genealogical Society of Indiana.

Registration for the conference will open soon. We look forward to seeing you there!
Posted by Indiana Genealogical Society at 7:41 AM 1 comment: 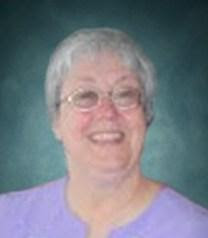 We are sad to report that Constance "Connie" Conrad, IGS' Southwest District director, passed away on December 1, 2015 in Evansville. Connie was an individual who believed in genealogy, the Willard Library, the Tri-State Genealogical Society, and IGS.

She was a dedicated volunteer and a wonderful human being.

IGS extends its sympathies to Connie's family and friends, of whom she had many.

Her full obituary can be found here.
Posted by Indiana Genealogical Society at 9:40 AM 1 comment:

My family information is: George Frederick Friese, born 1820 in Erfurt, Germany, arrived with wife Fredericka and son August. Enlisted August 25, 1861, in Indiana in the 32nd Regiment, Companies I and H. I have a newspaper article with a photo of the family that states they all served in the war.

Fredericka supposedly served as a cook, but I have not been able to find record of that. I have George’s muster records and I know in 1887 his charges of desertion were removed by the Adjutant General's office.

While I have information on his son August, the last record I can find is a city directory that has him residing in Chicago, Illinois in 1873. He was naturalized in 1866. The family lived for a period in Peoria, Illinois, and later Chicago.

I do not know his date of death, nor his parents name, or his exact date of birth. Likewise, I have no information on his wife Fredericka. Did she serve in the Civil War, when did she die, etc. My question is where can I find this information? I have a subscription to Ancestry.com and have been unable to find additional information there or with FamilySearch.

Any help would be appreciated.