If you have ancestors in the rolling hills of Monroe County, you'll want to take a look at these four databases we recently added to the IGS website:

- Index to Yearbooks for Smithville Schools, Monroe County, Indiana (1936-1974)
An index of 23,000 students and teachers in grades 1-12 who attended Smithville schools. The yearbooks are in the collection of the Red Men Museum and History Center in Smithville, This database was contributed by Randi Richardson.

The following are members-only databases. Log in to use these collections. Not a member of the Indiana Genealogical Society? Join today!

- Landowners in Monroe County, Indiana (1856)
An index of 1,875 people who owned land in Monroe County in 1856, as listed in an 1856 atlas. This database was contributed by Randi Richardson. 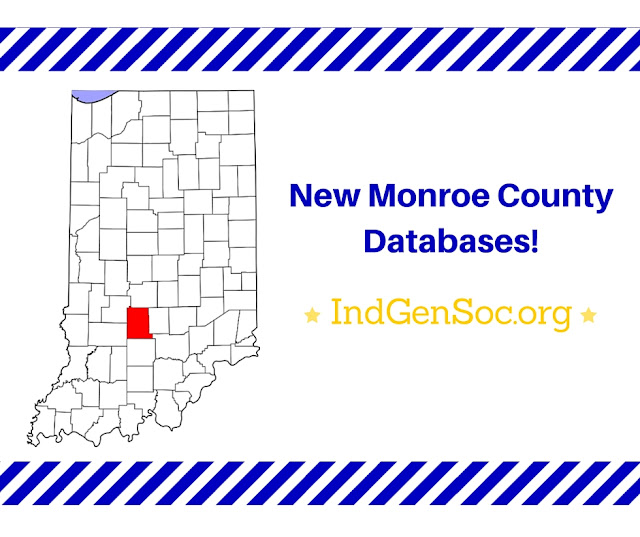 Posted by Indiana Genealogical Society at 8:44 AM